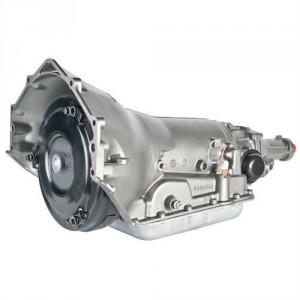 The GM 700r4 is a 4-speed automatic transmission with overdrive. It was introduced in the early 1980’s, as way to make their V8 powered cars and trucks more efficient. In a world filled with rising gas prices, the General needed to keep its product line relevant. 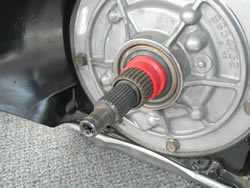 Early versions of the 700r4 featured a 27 spline input shaft, which wasn’t really capable of handling much torque. 30 spline shafts were standard issue after 1987, and greatly improved the reliability of this otherwise sturdy gearbox.

Another common issue with the 700r4 is overheating. Given the high power output, and extreme use that most vehicles equipped with this transmission see, overheating is fairly easy. As the ATF temperature rises, significant internal damage can start to occur. To avoid this problem, simply install an auxiliary transmission cooler.

Slipping between 3rd-4th gears can signal a problem with the clutch pack that engages those gears. Overheating can weaken the metal used to make the 700r4 3-4 clutch pack discs. If this happens, the ends can shear off, and you’ll eventually have a serious problem.

Due to overheating, the valve body can become warped, which can significantly hamper gear changes. If this happens, you’ll be on the hook for an expensive repair. 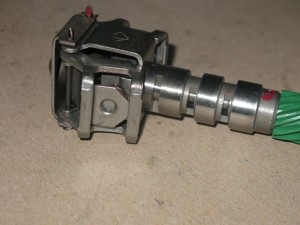 Dirty transmission fluid can cause the gears or springs in the governor to become inoperable, which will lead to delayed shifts. So have your 700r4 serviced on a regular basis.

In 1990, GM changed the name of the 700r4 transmission to 4L60, which stood for 4-speed Longitudinal 6,000 lb gross vehicle weight rating (GVWR). For 1993, the hydraulic shifting system was replaced with electronic controls (4L60E). A Vehicle Speed Sensor told the engine computer how fast the vehicle was going, that way it could decide when to change gears. Shifts were then executed by sending a signal to the appropriate shift solenoid.

60 Tell us about your transmission problems
Inline Feedbacks
View all comments
dub d.

My 92 2500 Silverado when in drive at a light the tranny slips to like being in neutral same with overdrive so I gotta run it in second I pulled the pan put new gasket no metal to say .I should of pumped all fluid out but just replaced the four quarts in the pan

My Silverado 92. 2500 series will start in drive at a light but before clearing the intersection it slips same with overdrive

my rear shaft has way to much play.its actually laying on rear seal.short tail trans

Bought a 30 spline and a 27 spline neither will lock in??

it will not engage in drive unless its in the lowest gear.

no second or 4th gears

I have a 700r4 behind a early hemi. It has started making a howling noise going down the road. I have tried different things and discovered that the noise is not there in 1st and 2nd gear. It shifts hard going into 3rd and from there on I get the howling noise

Scroll back to top
60
0
Would love your thoughts, please comment.x
()
x
| Reply